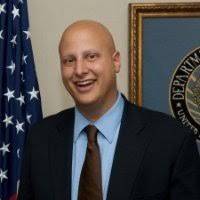 As Executive Director of Michelle Obama’s Reach Higher initiative, Eric works to inspire every student in the U.S. to take charge of their future by completing their post-secondary education, whether at a professional training program, a community college, or a 2-year or 4-year college or university. His role cuts across policy, advocacy, and community engagement to further the goal that the U.S. once again leads the world in terms of college graduates. After leaving the White House, Eric has moved over to the non-profit, Civic Nation, where he continues to lead Mrs. Obama's college access and completion initiative as the Executive Director of Reach Higher and the Executive Vice President for Education. Prior to joining the first lady's staff, Eric served as Deputy Chief of Staff at the U.S Department of Education for Secretary Arne Duncan.  He earned a J.D. from the University of Chicago Law School, an M.Ed. from Harvard University, and an A.B. from Brown University.