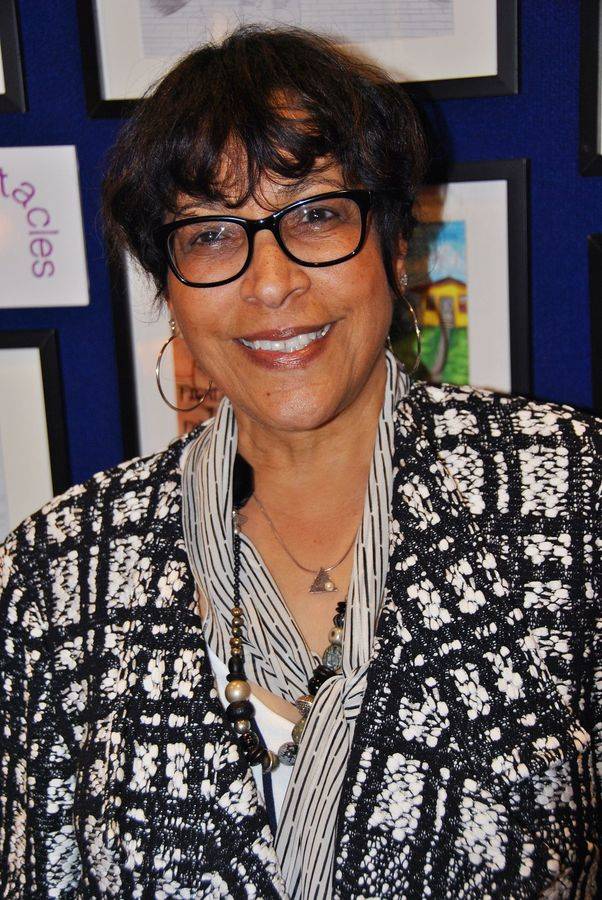 Joyce Ward is a proud Southerner, born and raised in Freeman, Virginia.

She often describes her home town’s location as a small community west of Emporia, Virginia – Interstate 95 off of Highway 58 on the North Carolina border. She graduated from James Solomon Russell High School in Lawrenceville, Virginia, and received a Bachelor of Science degree in Business Administration from Morgan State University in Baltimore, Maryland. She met and married her husband, William “Kip” Ward, while in college He was commissioned as an Army Lieutenant the day of their graduation, and they have been married over 40 years.

Although Joyce enjoyed her professional career in Human Resources, she is proud to be a military spouse, an even prouder mother of their two adult children, and proudest of their granddaughter. While supporting her Soldier and family, she has also been a key advocate for the greater military family – active duty, civilians, and their families – through the various professional and volunteer positions she has held over the years.

The many boards on which Joyce serves include: Girl Scouts of America-North Atlantic Region, many military spouses clubs, United Services Organization (USO), Red Cross, Delta Sigma Theta Sorority, LINKS Incorporated, Americans Working Around the Globe (AWAG), American-International Organizations, Army Family Team Building (AFTB), Praying for Our Children (P4C), and the MLK Scholarship Foundation. As she works with these organizations and travels through many countries, she has focused on the education and wellbeing of women and children. Joyce often says her heart tells her that if given the opportunity, every child can succeed. Working with programs in orphanages, women’s clinics, children’s hospitals, HIV/AIDS clinics, schools and communities in many countries, she realizes that the challenges are many but the opportunities can be greater.

Joyce Ward has received numerous awards in recognition of her volunteer services from local communities, local and national organizations, the Department of Defense, Presidents of the United States and Leaders of foreign countries. However, she says that the most heartwarming award is the reward of seeing our children happy, healthy and succeeding in life – all because they were given an opportunity.