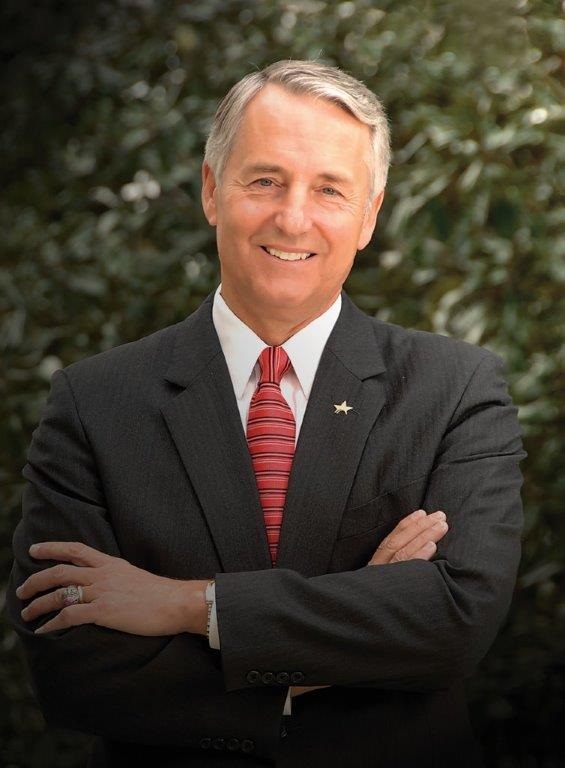 Dr. Robert Ivany became president emeritus of the University of St. Thomas in 2017.

During his 13 year tenure, he opened the Carol and Odis Peavy School of Nursing, established a new intercollegiate athletic program and raised $146 million for the University’s Faith in our Future campaign.

Prior to his retirement from the Army with the rank of Major General, Ivany presided over one of the nation’s most respected institutions for the education of strategic leaders: the U.S. Army War College in Carlisle, PA.

Serving as the commandant (president) of the War College capped Ivany’s 34-year career in the Army. During his various commands as an armored cavalry officer, he led soldiers in the United States, Kuwait, Saudi Arabia, the Federal Republic of Germany and Vietnam, where he was wounded in action and decorated for valor.

When not assigned to troop units, he assisted several nations in the transformation of their armed forces.  In 1990, Ivany was the first senior military officer invited to Hungary to contribute to the democratization of its defense establishment. He lived in Saudi Arabia and Kuwait with his family, advising military and civilian leaders on the modernization of their military forces following Desert Storm. In Kuwait, he headed the American effort with a team of 45 advisors managing a $1.2 billion program.

Ivany also served in a number of unique positions including the Army Aide to the President of the United States from 1984 to 1986 and an assistant professor of history and football coach at the United States Military Academy at West Point.

After completing his Army service in October 2003, he joined the faculty of the Graduate School of Business, Columbia University as an adjunct professor in Executive Education. He also worked with senior executives in Great Britain, Canada and the United States in leader development, strategic planning and cultural change. He has spoken on leadership development to nonprofit, corporate and civic organizations and contributed a chapter on the topic in Leading Organizations from the Inside Out, 2004. Leader to Leader published his article ”From Success to Significance” in their summer, 2014 edition. He also contributed to Chief Executive’s January, 2019 edition with “The AAR’s Have It”.

Ivany has served on several corporate and not-for-profit boards. He served on Mutual of America’s Capital Management Board of Directors and now sits on the Board of Directors for the Duchesne Academy of the Sacred Heart and Allegiance BancShares in Houston. He is a past Chairman of the Board for the Independent Colleges and Universities of Texas. Ivany now teaches leadership to rising executives with the Thayer Leader Development Group at West Point.

Ivany has received the Ellis Island Medal of Freedom, the Humanitarian Medal from the Chapel of the Four Chaplains Association, the Americanism Award from the Daughters of the American Revolution, the George Washington Award for Distinguished Service from the Sons of the American Revolution, the Director’s Award from the United States Secret Service, the Admiral Thomas J. Hamilton Award for Leadership and the George Washington Award from the American Hungarian Foundation. The Republic of Hungary presented him the Officer’s Cross, Order of Merit in 2012.  In 2017, Pope Francis awarded him the Pro Ecclesia et Pontifice medal. Mayor Sylvester Turner proclaimed October 31, 2017 as “Dr. Robert Ivany Day” in Houston in recognition of his service to the community. He is a distinguished graduate of St. Ignatius High School, Cleveland, Ohio, and has earned numerous military decorations.

In addition to earning a Bachelor of Science degree from the U.S. Military Academy, he received a Ph.D. in history from the University of Wisconsin in Madison.