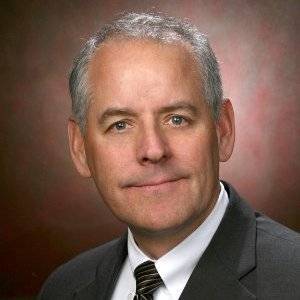 Since January 1, 2014, Jack has been serving as the Senior Vice President and Chief Operating Officer of the Military Child Education Coalition. As the #2 person in the organization reporting directly to the CEO, Jack is responsible for all aspects of running the day-to-day operations of the organization.

A third generation Army brat, Jack was born at Camp Irwin, California in 1955. He graduated from Texas A&M University in 1977 with a degree in Civil Engineering and was commissioned a Second Lieutenant of Armor in the US Army. Jack served in the US Army for over 30 years serving in a variety of command and staff positions around the world. During the Cold War years, Jack served two tours of duty with the 11th Armored Cavalry Regiment in Fulda, Germany from 1978 thru 1989. While assigned to the 1st Cavalry Division in several different staff positions, 1990-1994, Jack participated in Operation Desert Shield and Desert Storm. He commanded at the battalion level, 1994-1996 at Fort Stewart, Georgia and at the brigade level, 2001-2003 at Fort Knox, Kentucky. In addition to his earlier overseas tours, Jack served two tours in the Republic of Korea, once as the Eighth US Army Deputy Chief of Staff for Operations and later as the Special Assistant to the Commander US Forces Korea. Jack culminated his 30 year Army career serving as the 1st Cavalry and Multi-National Division (Baghdad) Chief of Staff, 2005-2008 while participating in Operation Iraqi Freedom.

Upon his retirement from the Army in 2008, and settling down in Belton, Texas, Jack signed on with McLane Advanced Technologies (MAT) in Temple, Texas. While at MAT, he served in a number of various capacities. In his first position, Director of Operations, Integration Division, Jack was responsible for three operational programs: Overseas Programs, Training Programs, and National Guard Bureau Programs. In 2009, Jack performed various Capture Manager and Project Manager roles for customers that included the US Army, the Veteran’s Affairs, and the US Dept of Agriculture in the development of software products. In 2010, having been certified as a Project Management Professional, Jack fulfilled the role as the Project Management Office for the Programs Division and was responsible for the operations and resourcing of up to 15 various service and technology projects. Jack concluded his last two years at MAT as the Vice President of Business Operations responsible for the sales, capture and proposal processes inside the business development lifecycle for the Business Development Department.

Jack is married to the former Lisa Ann Perkins of Woodbridge, Virginia. They have two sons, John, a Production Scheduler in Lufkin, TX and Travis, a school teacher in Kyle, Texas. Jack spends his spare time with Lisa enjoying golf, fishing, boating and gardening.