GuideStar also serves to verify that a recipient organization is established and that donated funds go where the donor intended. In 2013, GuideStar announced major changes to its GuideStar Exchange program, which allows nonprofits to supplement the public information that is available from the IRS. GuideStar Nonprofit Profiles implemented three seals based on the information a nonprofit provides in its profile: Bronze, Silver, and Gold. In 2016, a new seal that allowed nonprofits to share progress and results for their mission, GuideStar Platinum, was introduced. To date only 4,899 (or 4%) out of a registered 112,595 non-profits have achieved the Platinum level of transparency.

The four levels provide nonprofits the opportunity to report the following:

Each year, millions of people use GuideStar information to make decisions about nonprofits and the work they do. Donors explore charities and issues they want to support. Nonprofit leaders benchmark their organizations against their peers. Funders research grantees.

In addition to being a repository of information on all nonprofits registered with the IRS, GuideStar provides a direct link to giving portals, such as AmazonSmile, Facebook, JustGive, Network for Good, VolunteerMatch and all major U.S.-based donor-advised funds, such as Fidelity Charitable. 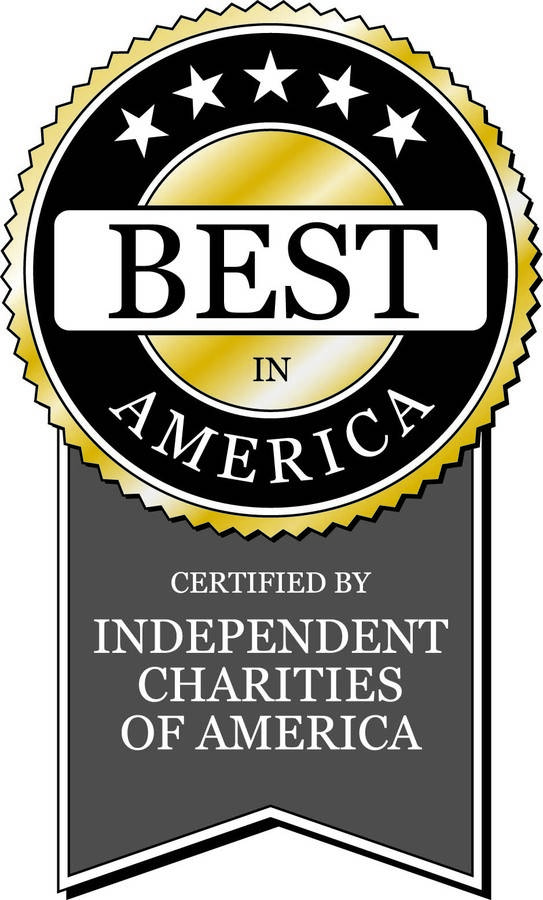 The MCEC is designated a Best In America Charity. The Independent Charities Seal of Excellence is awarded to the members of Independent Charities of America and Local Independent Charities of America that have, upon rigorous independent review, been able to certify, document, and demonstrate on an annual basis that they meet the highest standards of public accountability, program effectiveness, and cost effectiveness. These standards include those required by the US Government for inclusion in the Combined Federal Campaign, probably the most exclusive fund drive in the world. Of the 1,000,000 charities operating in the United States today, it is estimated that fewer than 50,000, or 5 percent, meet or exceed these standards, and, of those, fewer than 2,000 have been awarded this Seal.

The Patriots Initiative's has developed, tested and perfected a complete, comprehensive and professional vetting process that identifies those exceptional organizations that have engaged in "best practices" and have proven themselves to be effective, efficient and reliable service providers.

In order to be accredited by TPI, each charity must complete a comprehensive questionnaire and undergo a thorough evaluation by TPI staff and Board Review Committee to confirm their capabilities, expertise and effectiveness by focusing on eight criteria:

It's a rigorous but fair process and the finest organizations are revealed. To date, TPI has evaluated approximately 300 nonprofits serving the armed forces space, and only 100 (+/-) of them have been accredited by TPI as being amongst the finest, worthy of a listing on THE DIRECTORY.

The Congressional Club Charity of the Year, April, 2004

The Niarchos Survivorship Prize, established in 2004, promotes resilience and recovery for war-torn communities. It encourages survivors of war, conflict, and genocide to contribute to reconstruction, reconciliation, and healthy people living in healthy and peaceful societies.

The Military Child Education Coalition was honored May 6, 2008, in NYC by the Survivor Corps (formerly Landmine Survivors Network) and the Stavros S. Niarchos Foundation with the 2008 Organization Niarchos Survivorship Prize. The prize was given for the MCEC’s Living In the New Normal: Supporting Children through Trauma & Loss (LINN) initiative, also created in 2004.